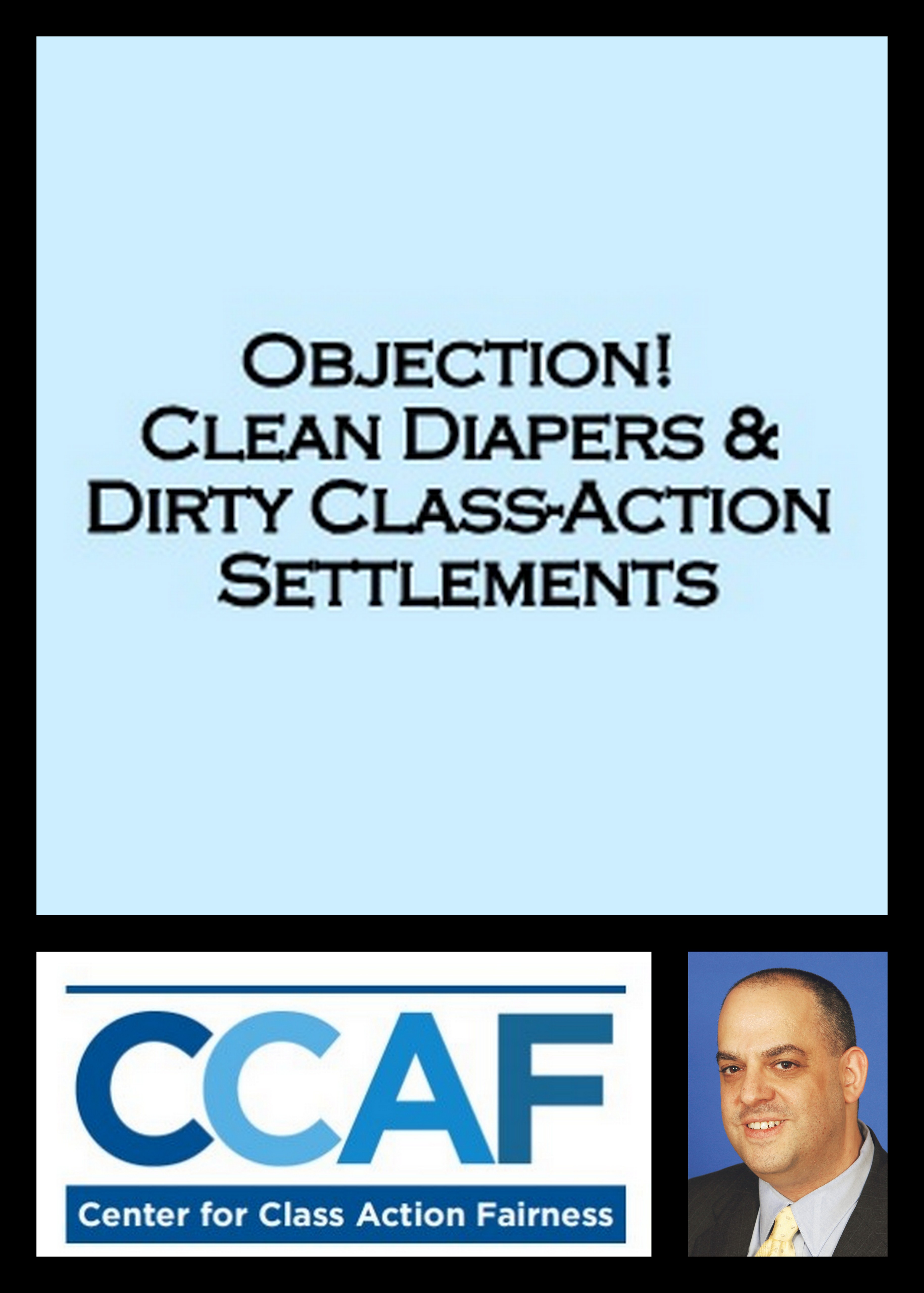 Ted Frank, the president and founder of the Center for Class Action Fairness, will deliver remarks at the New Jersey Civil Justice Institute’s Fall Luncheon on Tuesday, September 16, at noon at the Trenton Country Club.

Since its founding in 2009, the Center for Class Action Fairness (CCAF) has revolutionized the law of class action settlements by serving as a watchdog for consumer and shareholder rights.

Through CCAF, Frank has won several landmark appeals and tens of millions of dollars for consumers and other plaintiffs. Adam Liptak of the New York Times calls Frank “the leading critic of abusive classaction settlements” and the American Lawyer Litigation Daily referred to him as “the indefatigable scourge of underwhelming class action settlements.”

At this event, “Objection! Clean Diapers & Dirty Class-Action Settlements,” Frank will discuss why class action settlements are so prone to abuse, the tactics attorneys use to enrich themselves at the expense of the class, and why consumers are better off when class action abuse is curbed.

The event will also include an update on the New Jersey Civil Justice Institute’s legislative efforts, upcoming events, and expanding work in the courts from NJCJI president Marcus Rayner.

The cost of the event is being covered by NJCJI, but pre-registration is required to attend. Register now by visiting http://goo.gl/Ur04Sh or by calling 609-392-6557.

The New Jersey Civil Justice Institute (NJCJI) advocates for a civil justice system that treats all parties fairly and discourages lawsuit abuse. NJCJI and its members believe that a fair civil justice system resolves disputes expeditiously and impartially, based solely upon application of the law to the facts of each case. Such a system fosters public trust and motivates professionals, sole proprietors, and businesses to provide safe and reliable products and services while ensuring that truly injured people are fully compensated for their losses. Please visit http://www.civiljusticenj.org or contact a member of the NJCJI team to learn more.