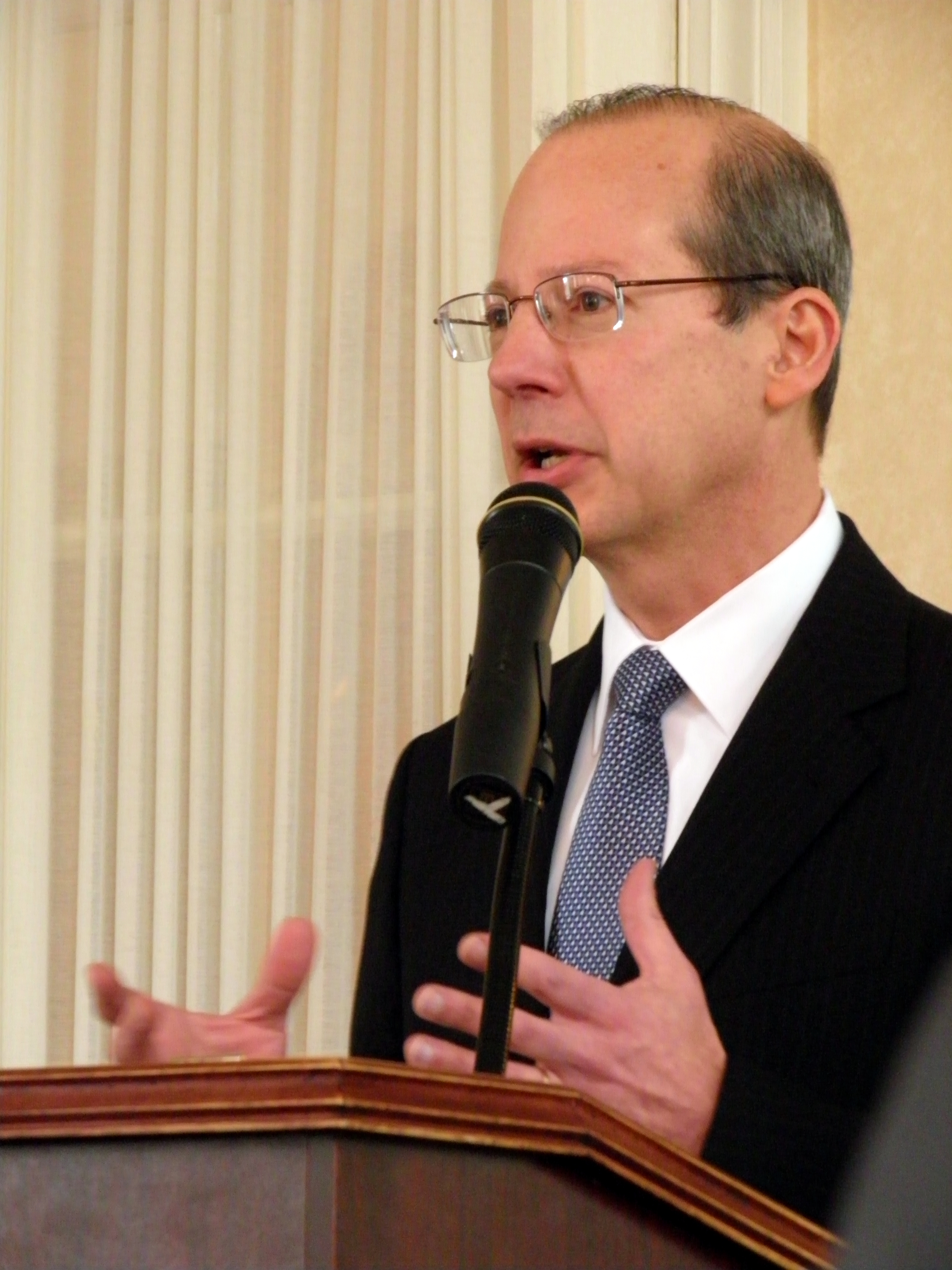 Chief Justice Stuart Rabner was the featured speaker at NJCJI’s Spring Luncheon on March 19. During his remarks, Rabner stressed the administrative role of the courts and discussed ways in which the business community can get more involved with the justice system.

Rabner began his speech with an overview of the New Jersey court system, and a reminder for attendees that the supreme court not only hears cases, but also is responsible for administering the state’s judicial system. Rabner joked that he spends 65% of his time judging cases and 65% doing administrative work.

The court is currently studying many different issues – including guardianship oversight, the needs of veterans in the criminal justice system, the court’s use of technology, and bail reform. Of particular interest to members of NJCJI, is the court’s working group on business litigation and its advisory committee on expedited civil actions.

Rabner said the working group on business ligation is working on ways to identify and then meet the needs of parties involved in complex commercial litigation. While he said he was not interested in creating a business specific court because it would cause too much fractionalization of the system, he mentioned that designating judges a commercial litigation specialists, instead of having judges constantly rotate roles, is a possible solution.

As for the advisory committee on expedited civil action, Rabner said a pilot project that allows parties to limit the number of depositions, interrogatives, requests for documents, and expert testimony; depend on firm trial dates and active case management; and limit the time given for opening statements, among other things, is in the works. He encouraged the audience to be brave and opt-in when pilot programs are offered so the court can find out if the experimental changes actually work as anticipated.

Rabner also encouraged audience members to serve on judicial committees, volunteer for pro bono programs, and enter cases as amici. In response to an audience question, Rabner elaborated on his thoughts on amicus curiae briefs, stating the court found them “extremely helpful” because they focus on the broader impact of the issue at hand rather than the narrow interests of the parties in the case. He also stressed that quality, not quantity is key.

NJCJI hosts two luncheons each year, one in the spring and one in the fall. The fall luncheon is scheduled for September 16th from 12:00 – 2:00 PM at the Trenton Country Club.