A Closer Look at Enforcement Mechanisms

On September 18, the New Jersey Civil Justice Institute hosted a half day legal conference focusing on New Jersey’s fondness for outsourced, private enforcement of business regulations. Outsourcing Enforcement? The Debate Over Privatizing the Role of Public Enforcement explored the origins of the private enforcement model, reviewed recent law and pending cases on the topic, and hinted at some potential reforms that could make the system more business-friendly.

Regulating Business: Do the Ends Justify the Means?

The legislators talked about what inspires them to introduce a particular piece of legislation, and gave us some insight into how they think about enforcement mechanisms.

Lee discussed the role of the executive branch as enforcers, and dispelled some myths about the Division of Consumer Affairs. Audience members appreciated the information he was able to provide about how the agency views private enforcement actions and how they relate to the agency’s own enforcement actions.

Stone then provided a boots on the ground assessment of the enforcement landscape, and suggested some reforms that he thinks would be appealing from a practitioner’s standpoint.

Responding to the Regulatory Class Action

Rooney, a defense attorney, and Taylor, a plaintiffs’ attorney, engaged in a conversation about the explosion of class action lawsuits being brought under New Jersey’s Consumer Fraud Act (CFA) and Truth-in-Consumer Contract, Warranty and Notice Act (TCCWNA). Rooney added valuable information about how arbitration agreements play into these cases to the conversation.

Schachter was tasked with giving the audience an overview of the pending U.S. Supreme Court case Spokeo, Inc. v. Robins. Commentators have suggested that the decision could have a big impact on consumer class actions, but Schachter pointed out that New Jersey does not have the same rules on standing as the federal courts, so its impact on New Jersey cases may not be very pronounced.

Rethinking Preemption from the Ground Up

Professor Richard Epstein delivered the conference keynote address.  Among the most influential and prolific thinkers in legal academia, Epstein has written authoritative works on a wide range of legal and economic subjects.  Over the course of his career, Epstein has demonstrated that basic principles of human behavior have been reflected in legal systems across history, and he has applied those principles to resolve complex and seemingly intractable legal problems.

Epstein explained that our current challenges with preemption are the result of a misunderstanding of the rationale for preemption.  When dealing with strangers, where there has been no assumption of risk, mere compliance with a particular statute should not excuse from tort liability.  On the other hand, when dealing with known consumers, where there is a strong presumption that they have assumed the risk, then compliance with relevant safety and warning requirements should be an absolute defense.  Epstein observed that existing preemption law has that precisely backwards, leading to overly-prescriptive regulation in the environmental context, and over-deterrence in the pharmaceutical context.

Thank you to our event sponsors! 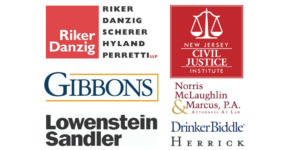