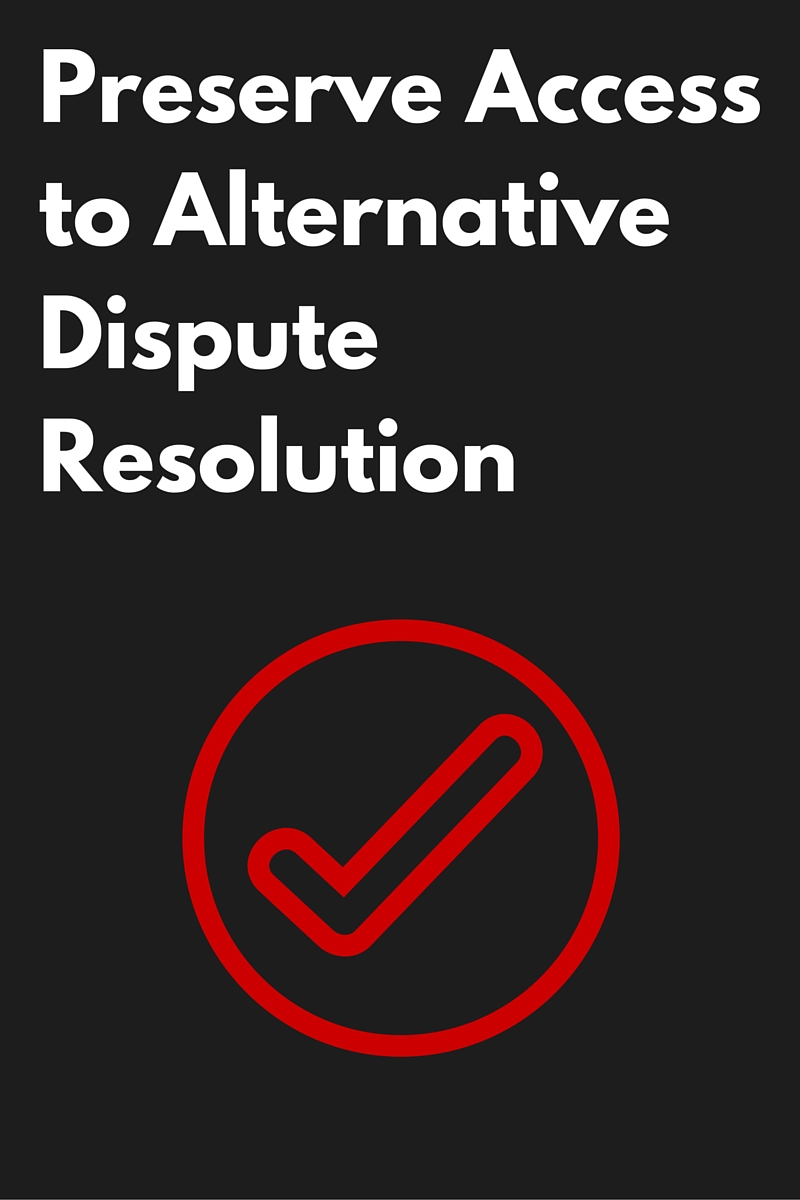 Most people would rather get a root canal than go to court, yet New Jersey’s lawmakers and jurists seem to be determined to force people to litigate rather than allowing access to other means of dispute resolution. Arbitration is faster, cheaper, and recognized by the court system itself as being just as fair as litigation, yet there have been numerous bills introduced in the New Jersey legislature to curtail it, and a recent line of cases from the New Jersey Supreme Court also disfavors arbitration.

Whether by legislation or by the courts, any attempt to hold arbitration agreements to a higher standard than other contractual provisions just because they involve arbitration is bad policy.  It is also contrary to federal law, and the United States Supreme Court’s interpretation of that law.

The United States Supreme Court has repeatedly made clear that states must conform their law to the federal law in this area. There is no room for New Jersey to create its own law, particularly if it works in a manner that ends up disfavoring arbitration relative to other means of dispute resolution.

NJCJI has filed amicus briefs in several cases fleshing out our state’s unique law regulating the availability of arbitration. We continue to look for further opportunities to challenge what we believe is bad law. If you have an arbitration case you would like us to take a closer look at, please contact Alida Kass, NJCJI’s chief counsel.

NJCJI is also opposing legislation and regulatory action at the state and federal levels that would restrict the use of alternative dispute resolution.