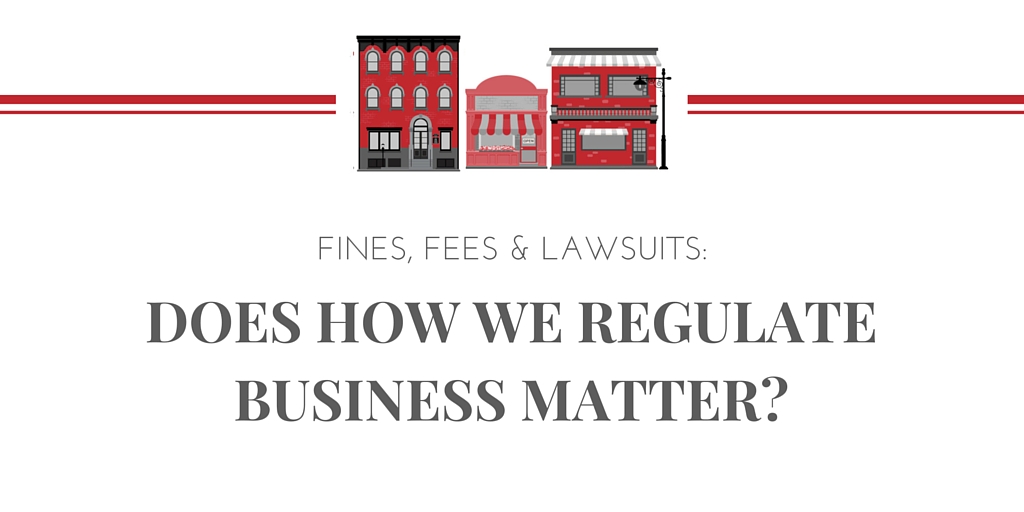 A law designed to protect teen drivers has some parents worried their children will be targeted by predators. The recently passed legislation on puppy mills might shutter some pet stores and animal shelters if the fines it contains are fully enforced. And a decades old consumer protection law is forcing companies to defend multimillion dollar lawsuits over including the phrase “void where prohibited” in their website’s terms and conditions. Each of these situations were discussed during the New Jersey Civil Justice Institute’s 2016 Fall Legal Reform Conference, which focused on the unintended consequences of business regulation.

Lawmakers, business leaders, and attorneys gathered together on October 11 to discuss this important topic, with a particular focus on New Jersey’s Truth-in-Consumer Contract, Warranty and Notice Act (TCCWNA).

The Truth-in-Consumer Contract, Warranty and Notice Act is designed to provide consumers a quick and easy way to enforce their legal rights. The Act forbids any seller, lessor, creditor, lender or bailee from violating “any clearly established legal right of a consumer or responsibility of a seller, lessor, creditor, lender or bailee as established by State or Federal law” when they enter into a written contract with a consumer or give or display any “warranty, notice or sign” to a consumer.

If a business violates TCCWNA (which necessarily means they violated some other legal right since the Act itself does not create any new consumer rights), it is on the hook for $100 or actual damages, plus reasonable attorneys’ fees and court costs. Consumers may also petition a court to void a contract that violates TCCWNA.

This all Sounds Pretty Good. What’s the Problem?

At its core, TCCWNA is not a bad idea. Protecting consumers is in fact a very good thing. But in the policy world, good intentions do not always lead to good outcomes.

Instead of empowering individual consumers, the law has ended up enriching attorneys and making consumers as a whole worse off.

The TCCWNA statute is very vague, so courts have allowed attorneys to push its boundaries in ways that the legislature could never have envisioned, particularly when it comes to things like online shopping, which did not exist when the law was passed.

That’s Not So Good.

During a panel discussion of TCCWNA, which was sponsored by McCarter & English and moderated by Edward Fanning, there was a lot discussion of all this, plus an overview of pending cases, and thoughtful debate about what direction the law should go in order to protect consumers without subjecting businesses who have not done any actual harm to multimillion dollar lawsuits.

The Fall Conference wasn’t just about TCCWNA, it was really about the much broader topic of business regulation, of which TCCWNA is just one example.

In order to get a feel for how business regulations are crafted, and what actions can be taken when it is apparent that a current regulation is not working out as planned, attendees heard from two key members of our state legislature, Assemblymen Gary S. Schaer (D-Bergen, Passaic) and Jay Webber (R-Morris, Essex, Passaic), and former Chief Counsel to the New Jersey Attorney General, Jeff Jacobson, Kelly Drye & Warren LLP. These current lawmakers and former law enforcer went into great depth talking about governing philosophies and how those sometimes clash with the realities of policymaking.

To cap off the conference, former Ambassador Phil Murphy, who is the current Democratic front-runner for Governor of New Jersey in 2017, gave a talk about why he is running for Governor, and laid out some of his plans to help New Jersey’s economy.

Murphy v. Wal-Mart Case No. 2:16-cv-02629 (ES) (JAD), Defendants’ memorandum in support of their motion to dismiss for failure to state a claim.

Your Company’s Online “Terms Of Use” May Be The Target Of A Class Action: Inside Counsel, June 6, 2016, Gavin Rooney of Lowenstein Sandler LLP.

This program has been approved by the Board on Continuing Legal Education of the Supreme Court of New Jersey for 3 hours of total CLE credit.

In order to obtain continuing legal education (CLE) credit for this event, an attorney must have attended in person and submitted an evaluation form to NJCJI staff. CLE certificates of attendance were emailed out to attendees who submitted a survey verifying their attendance after the event. If you think you should have received a certificate of attendance, and you did not, please contact a member of the NJCJI team.