Stop the Taxation via Litigation Bill 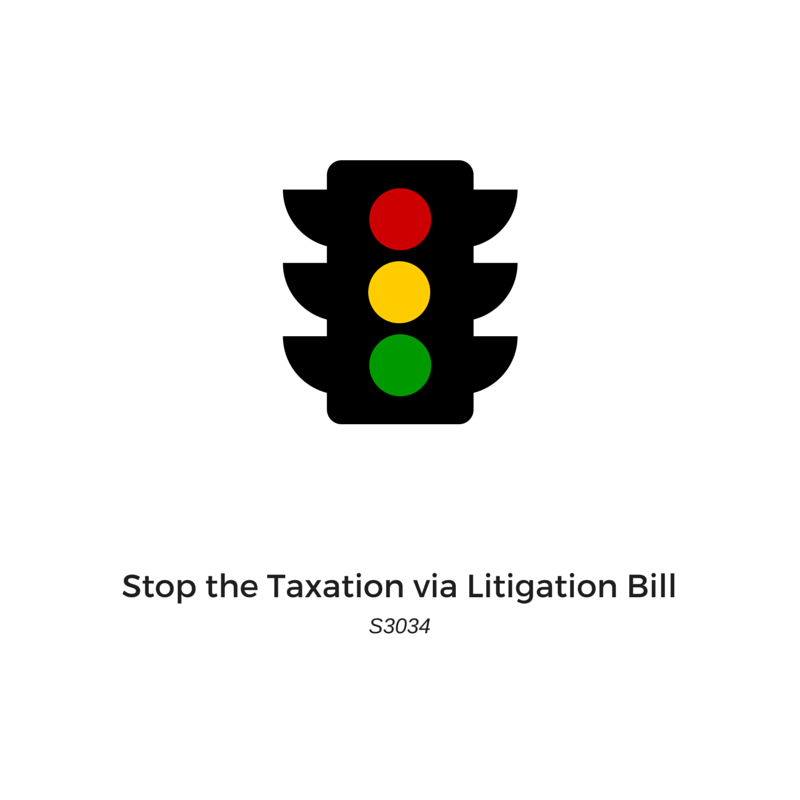 On Tuesday, June 23rd, the Senate Budget and Appropriations Committee is holding a hearing on a bill that would raise taxes on companies and individuals that have been ordered to pay punitive damages. This legislation would significantly increase the cost of doing business in New Jersey compared to other states at a time when we should be looking for ways to increase our economic competitiveness. In addition, taxation via litigation discourages the state from seeking to improve New Jersey’s horrific legal climate since doing so would decrease tax revenue.

Under current law, businesses are able to deduct punitive damages they have paid out. S3034, which is being sponsored by Sen. Sweeney (D-3), and its Assembly companion, A4583, which is being sponsored by Asm. McKeon (D-27), would make punitive damages taxable. Businesses would be hit by a double whammy – forced to pay tax on money that has already been redistributed by the judicial system.

The New Jersey Civil Justice Institute opposes this bill because taxing damages will drive up the cost of doing business in New Jersey and disincentivize legal reform.

We need your help to stop this bill from moving forward.

Please contact the Senate Budget and Appropriations Committee members listed below and tell them that the taxation via litigation in S3034/A4583 is bad for business and wrong for New Jersey.

If you have any questions or comments about this legislation, need help contacting the legislators listed above, or would like to testify with NJCJI against this bill next Tuesday, please contact Alida Kass, NJCJI’s Chief Counsel.