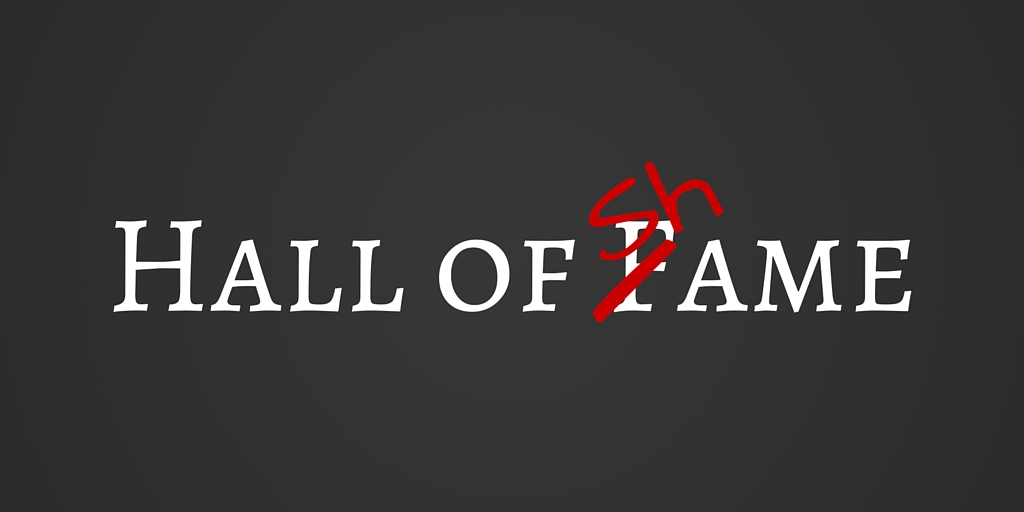 New Jersey’s Consumer Fraud Act has been turned into an instrument through which the plaintiff’s bar plays “gotcha,” turning harmless technical regulatory violations into cases which generate huge attorneys fees, but no real benefit for the consumers supposedly “harmed.” NJCJI is counting down the top 10 most absurd lawsuits filed under the CFA.

10. Going to the Super Bowl is Expensive

According to the New York Times, Josh Finkelman is the Erin Brockovich of Super Bowl tickets. He tried to sue the National Football League under the CFA because tickets to the game held at Met Life Stadium were expensive and hard to get without going to the secondary market.

9. Court Opens the Door to Out of State Plaintiffs

In International Union of Operating Engineers v. Merck, the Appellate Division certified a nationwide class of plaintiffs under the CFA by applying the Act to products advertised and sold in other states just because the defendant has its headquarters in New Jersey.

The New Jersey CFA allows courts to award successful plaintiffs their attorney’s fees and court costs. In McDarby v. Merck, a trial court awarded the plaintiff just $50 in damages but $2,000,000 in attorney’s fees.

7. Why Ask for a Refund When You Can Get Treble Damages?

The plaintiff in Bosland v. Warnock Dodge alleged that when she purchased a new car from the defendant she was overcharged between $20 and $40 for a documentary service fee that was neither disclosed nor itemized, contrary to law. Instead of requesting a refund, Bosland filed a class action suit seeking relief under the CFA for herself and similarly situated persons. The court held that the CFA does not require potential plaintiffs to seek a refund before filing a legal complaint.

In New Jersey Citizen Action v. Schering-Plough Corp., the plaintiffs argued that an ad slogan that an allergy drug offers “you” relief is deceptive unless it can be proven to be 100% effective for all consumers who take it. Likewise, in Kaspersetz v. Clarks Landing Marina, Inc., the plaintiff attempted to use the CFA to argue that a company’s statement that it was selling a “good product” was an unconscionable commercial practice.

In Weinberg v. Sprint, the New Jersey Supreme Court held that plaintiffs’ class action lawyers may be entitled to recover their attorney’s fees even if they cannot prove their client suffered a loss.

Despite many amendments, appeals, and even oral arguments, Plaintiff Nick DeBenedetto was unable to persuade the courts that Denny’s was violating the CFA. DeBenedetto was upset Denny’s did not disclose the fact that ham, bacon, sausage, and hash browns contain large amounts of sodium.

Every one of the 600+ new motor vehicle retailers in New Jersey was named as a defendant in Cerbo v. Ford of Englewood. Their alleged crime? Not itemizing fees in 10-point type. Plaintiffs alleged that the itemizations provided by the dealerships were not specific enough, or if they were specific, that this was misleading because not every customer may have required each and every one of all the specific services in the itemization. This case eventually resulted in a settlement in which the award of attorney’s fees and the cost of administration dwarfed the actual amount refunded to consumers.

The popular grocery store chain Wegmans spent the better part of 2015 defending itself against a class action lawsuit filed by plaintiffs who insisted that bread baked in the store could not be advertised as “fresh baked” if it was not 100% made from scratch at that location. This half-baked lawsuit was finally dismissed because the plaintiffs did not (and probably could not) indicate what products they were suing over, who had bought the offending products, and why exactly they felt misled.

1. Filed the Lawsuit before Buying the Product

Don’t you just hate it when the law gets in the way of a good lawsuit? A judge dismissed the case Coyle v. Hornell Brewing Co. when it became evident that the plaintiff hired attorneys to represent her (or perhaps vice versa) before buying the product she was suing over.

It is time for the legislature to step in and amend the Consumer Fraud Act so that it targets real fraudsters without entrapping businesses that are not trying to rip-off their customers, but who happen to make an honest mistake.

NJCJI urges the legislature to: