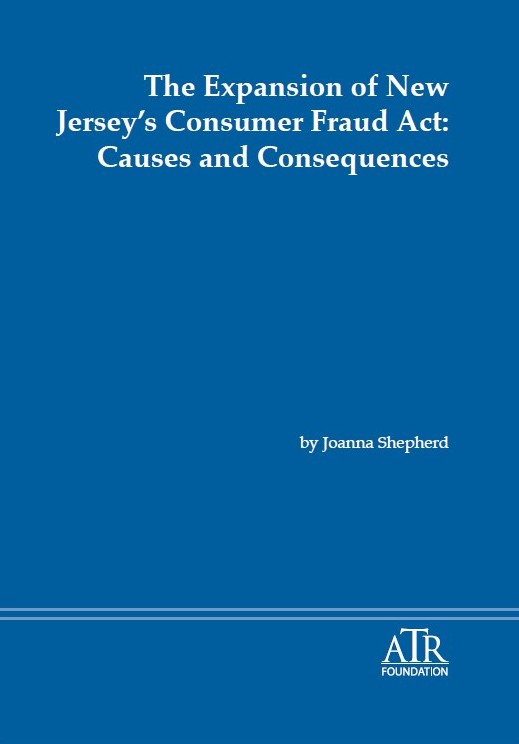 Remember last year’s wave of lawsuits claiming that some of Subway Sandwich Shops’ famous “footlong” subs weren’t quite a foot long? Some of the first suits filed were orchestrated by lawyers here in New Jersey because the state’s consumer protection law has been so badly distorted during the past few decades that it not only invites such preposterous litigation, but also often generously rewards it. A new white paper from Emory University Law School professor Joanna Shepherd, “The Expansion of New Jersey’s Consumer Fraud Act: Causes and Consequences,” details just how we got to the point where we are suing over sandwiches, and what simple changes to the law would ensure that it is used to punish deceptive business practices and protect consumers without enabling nuisance litigation against honest businesses.

“New Jersey’s Consumer Fraud Act has been expanded significantly over the years,” said New Jersey Civil Justice Institute (NJCJI) president Marcus Rayner. “Today honest businesses are being dragged into court in CFA suits where fraud isn’t even an issue, so it is time we take a closer look at the law and have a discussion about its future.”

To that end, the New Jersey Civil Justice Institute and the American Tort Reform Association (ATRA) will co-host a panel discussion this afternoon between 4-6PM at the Hanover Marriott in Whippany, N.J., focusing on the New Jersey Consumer Fraud Act (CFA) and featuring the white paper’s author, Professor Shepherd; Federal Trade Commissioner Joshua Wright; and attorneys Gavin Rooney of Lowenstein Sandler and William J. Pinilis of Pinilis Halpern, who have experience pursuing and defending CFA claims in New Jersey. Panelists will provide their thoughts on the evolution of the CFA, its current effectiveness, and what reforms they would like to see in this area of law.

“As documented by Prof. Shepherd’s white paper, many state consumer protection statutes have ‘devolved’ from their original purpose, both through legislative amendments and permissive judicial interpretations,” explained ATRA President Tiger Joyce. “In many states, including New Jersey, CFA plaintiffs no longer need to demonstrate their reliance upon merchants’ allegedly deceptive representations, nor must they even show that they behaved reasonably in order to prevail in lawsuits.”

The October 2 panel discussion is free and open to the public, but those interested in attending are urged to pre-register by visiting http://goo.gl/3RBxuZ or by calling 609.392.6557. NJCJI anticipates that CLE credit will be available to lawyers attending the event.