Cast Your Vote for 2014’s Most Ludicrous Lawsuit 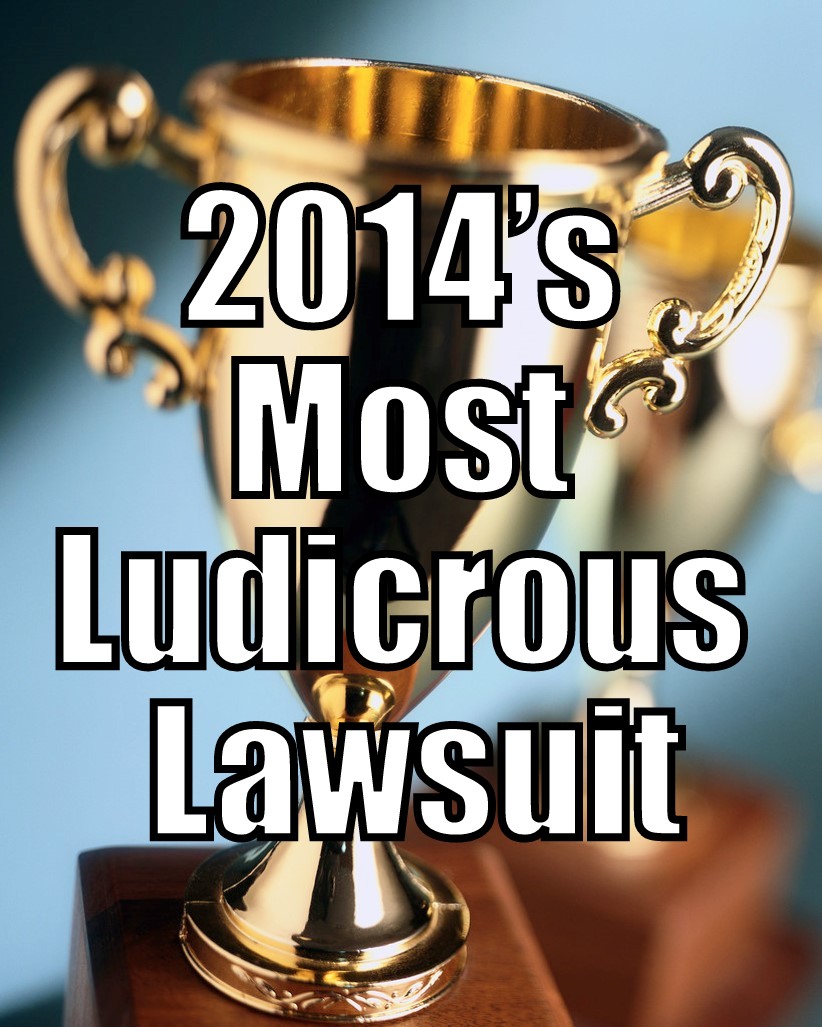 A lot of ridiculous lawsuits were filed in New Jersey this year, but only one can be crowned 2014’s Most Ludicrous Lawsuit.

Going to the Super Bowl is expensive.

According to the New York Times, Josh Finkelman is the Erin Brockovich of Super Bowl tickets. He is currently suing the National Football League under New Jersey’s Consumer Fraud Act because tickets to this year’s game at Met Life Stadium were expensive and hard to get without going to the secondary market.

Employee sues after refusing to work the midnight shift.

New Jersey’s Supreme Court will hear a lawsuit by a former police dispatcher who claims she was discriminated against because she refused to work the midnight shift. A jury has already voted down the woman’s claim, but the high court is going to take another look.

Parents across the nation cringed as a judge let a Morristown teen air her family’s dirty laundry in court this summer. The girl sued her family for support after she moved out of the house because her parents didn’t like her boyfriend & underage partying.

Woman claims “Frozen” is based on her life story.

Walt Disney Company is being sued for $250 million by a New Jersey woman claiming the company plagiarized her life story to make the blockbuster Frozen.

Commuting is a way of life in New Jersey, but it caused one woman such “anxiety and depression” that she asked to come to work late and leave early each day to avoid rush hour. Her employer granted her request, but changed her job, making it more clerical, so she complained and was fired. Now she is suing the company under New Jersey’s Law Against Discrimination.