Before leading NJCJI, Anthony worked as the Director of Legal and Regulatory Affairs at the New Jersey Coalition of Automotive Retailers (“NJ CAR”), where he collaborated with NJCJI on multiple initiatives. Prior to NJ CAR, Anthony practiced law for over a decade, representing clients in civil cases before New Jersey’s state and federal courts. Anthony also previously served as an Assistant Prosecutor in Hunterdon County, New Jersey, where he prosecuted hundreds of criminal cases and gained extensive courtroom experience. 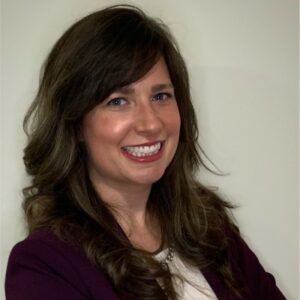 Before joining NJCJI, Kayla was in private legal practice, specializing in appeals. Kayla previously served as a Deputy Attorney General in New Jersey’s Office of the Attorney General, and before that, as an assistant prosecutor in the Essex County Prosecutor’s Office. Kayla has argued before the New Jersey Supreme Court eight (8) times and before the state’s intermediate appellate courts dozens of times.

Kayla began her career as the law clerk for the Honorable Stephen B. Rubin (ret.) of the New Jersey Superior Court. Kayla received her Bachelor of Arts degree from Washington and Lee University and her law degree from Villanova University Charles Widger School of Law. Kayla is licensed to practice law in New Jersey, Pennsylvania, the United States District Court for the District of New Jersey, and the Supreme Court of the United States.